Anne Martin’s transition from attorney to entrepreneur has served as a model of reinvention to many.  Her story has been featured in the Pittsburgh Post-Gazette, Beauty magazine, the Pennsylvania Bar Association Journal, and Mary Kay sales force publications.  She has led reinvention workshops and has spoken on career transition, business reinvention, and Rescuing Your Dreams at numerous retreats and workshops.  She also co-authored the book Inspiring Entrepreneurs, in which she relates the details of her journey “from law to lipstick.”

Raised in New York, Anne received her B.A. and J.D. degrees from St. John’s University. She started legal practice as an attorney with the Judge Advocate General’s Corps of the U.S. Navy, followed by three and a half years with the Navy Office of General Counsel. She then moved to the Software Engineering Institute of  Carnegie Mellon University, where she co-authored several articles and reports on  government software acquisition policy.  This was followed by a move to a large national law firm where she practiced business law, focusing on high tech businesses.

Her turning point came when she realized that, due to her demanding job, she was living on the fringes of her eight year old son’s life. This prompted her to reassess not just her career, but her entire lifestyle. She concluded that she was running on a treadmill to build a “lifestyle” instead of living a life.  After discerning that a legal career no longer fit her definition of a successful, purpose- filled life, she began exploring other career possibilities.

Reviewing her options, she concluded that entrepreneurship within the positive culture of Mary Kay Cosmetics offered the flexibility, income potential, and sense of fulfillment that she was seeking.  Within a year of leaving her job, she had built a dynamic sales team and stepped into a leadership role as an independent sales director. During her eighteen years as an award winning sales leader, she has coached hundreds of women, helping them to reinvent themselves as entrepreneurs and leaders.

Anne’s passion for reinvention is reflected in her community work. She has served on the board of the Pittsburgh chapter of the National Association of Women Business Owners and volunteered as an image consultant at the Pittsburgh office of Dress for Success. She has also served on the board of Pennsylvania Organization for Women Early Recovery (P.O.W.E.R.), which helps women reclaim their lives from the disease of addiction. She co-founded the Peninsula chapter of the Downtown Women’s Club and is a member of Toastmasters and Women Entrepreneurs of the Bay Area (WEBA).

In 2008, Anne relocated to San Francisco, where her husband began working with an innovative high tech start up.  She took this opportunity to broaden her skills by enrolling in several programs at Dream University ® and  became certified as a Dream Coach ®, Group Leader and Workshop Conductor.  When the economic downturn hit, she was intrigued by the ability of numerous Bay Area individuals and businesses to courageously reinvent them to adapt to the rapidly changing business landscape.   As it became clear that the financial turmoil, coupled with globalization and technological innovation had forever altered how we live and work, she started to research how reinventors think, communicate and behave.  She combined her research with lessons from her own and others’ reinventions and her years of leadership experience, to create a unique reinvention process.  As a certified  Professional Performance Coach, speaker  and writer, her mission  is inspire and empower women  to shift their thinking to  be open to exciting  new possibilities, adapt  and redesign their lives and careers  to be more joyful, abundant, and fulfilling.

Book a complimentary consultation with Anne to explore how she can help you on your reinvention journey. 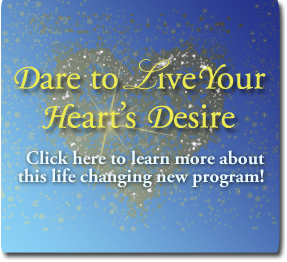